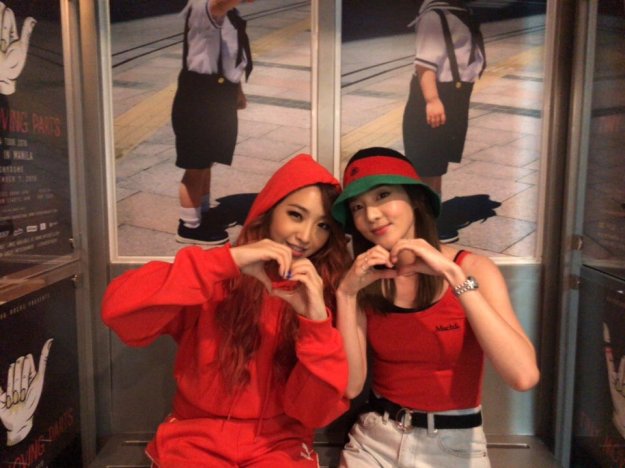 The 2NE1 friendship remains as strong as ever!

On September 12, Sandara Park posted a photo together with Minzy and wrote, “My dongsaeng (younger sibling or friend) Mingkki who is still full of energy and cool and cute,” and added, “The real maknae and the fake maknae.” Her hashtags say “2NE1” and “maknae line.”

They are both dressed in red, so Sandara Park also included in the caption, “feat. watermelon popsicle fashion.”

Minzy performed at the opening ceremony for Season 81 of the University Athletic Association of the Philippines, so the two appear to have met up in Manila.

Sandara Park and Minzy debuted together as members of 2NE1 in 2009. Minzy left in April 2016, and the group’s disbandment was announced in November of the same year.