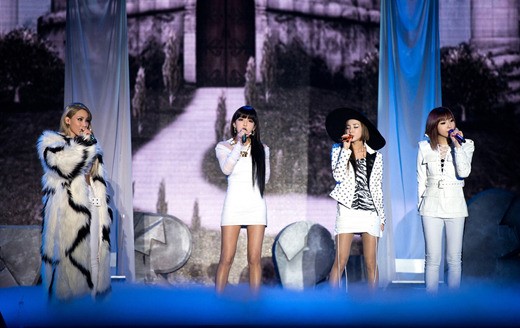 [마이데일리 = 이승록 기자] YG Entertainment’s girl group 2NE1′s first overseas concert for their second world tour “ALL OR NOTHING (AON),” which was held in Hong Kong, ended in great success, drawing over 8,000 audiences.

On March 22, the AON concert opened with a bang at the Hong Kong Asia World Expo Arena with 2NE1′s second regular album “CRUSH.” Soon after they appeared on the stage, 2NE1 captivated the attention of the audience with their charisma, wearing military looks in flashy gold color.

2NE1 heated up the mood at the concert arena by singing their hit songs with powerful performances, “FIRE,” “CLAP YOUR HANDS,” and “PRETTY BOY.” They moved the audience by singing “MISSING YOU,” “IF I WERE YOU,” and the unplugged version of “COME BACK HOME,” in which each member’s unique and emotional vocals stood out. When singing “I LOVE YOU,” they picked four men from the audience on the spot to invite them on the stage and did a sexy dance that they did on Yoo Hee-yeol’s Sketchbook on KBS 2TV, mesmerizing the male fans on stage. 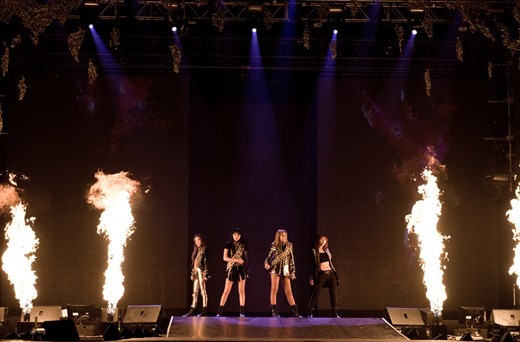 The Hong Kong fans enthusiastically welcomed 2NE1, who came to sing and perform after two years, singing along all of the 18 songs, including the new songs from the second regular album’s “COME BACK HOME,” “GOTTA BE YOU,” and “SCREAM,” as well as “I AM THE BEST” and “I DON’T CARE,” in Korean.

Deeply moved by the Hong Kong fans’ love and enthusiasm, 2NE1 gave their all until the last encore performance, concluding the two-hour long concert in huge success. In particular, BOM, who attracted the attention of the public by doing a flip after 2NE1 was announced as No. 1 at M.net’s M! Countdown, did another flip for the Hong Kong fans, drawing fervent response from them.

Also, WINNER, a new boy group that YG Entertainment has put together in eight years, appeared as a guest performer for 2NE1′s AON concert and sang “GO UP” and “JUST ANOTHER BOY,” leaving a deep impression upon the Hong Kong fans.

Ending the AON concert in great success, 2NE1 will immediately travel back to Korea to appear on SBS’s Inkigayo on March 23 and sing “COME BACK HOME” in an attempt to hold the No. 1 spot for two weeks in a row since March 16. They will then travel to Shanghai to continue the AON world tour. The Shanghai concert will be held on April 11. 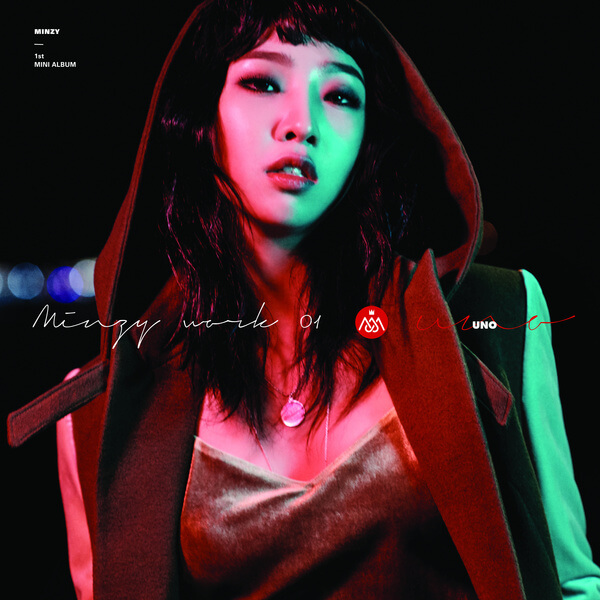 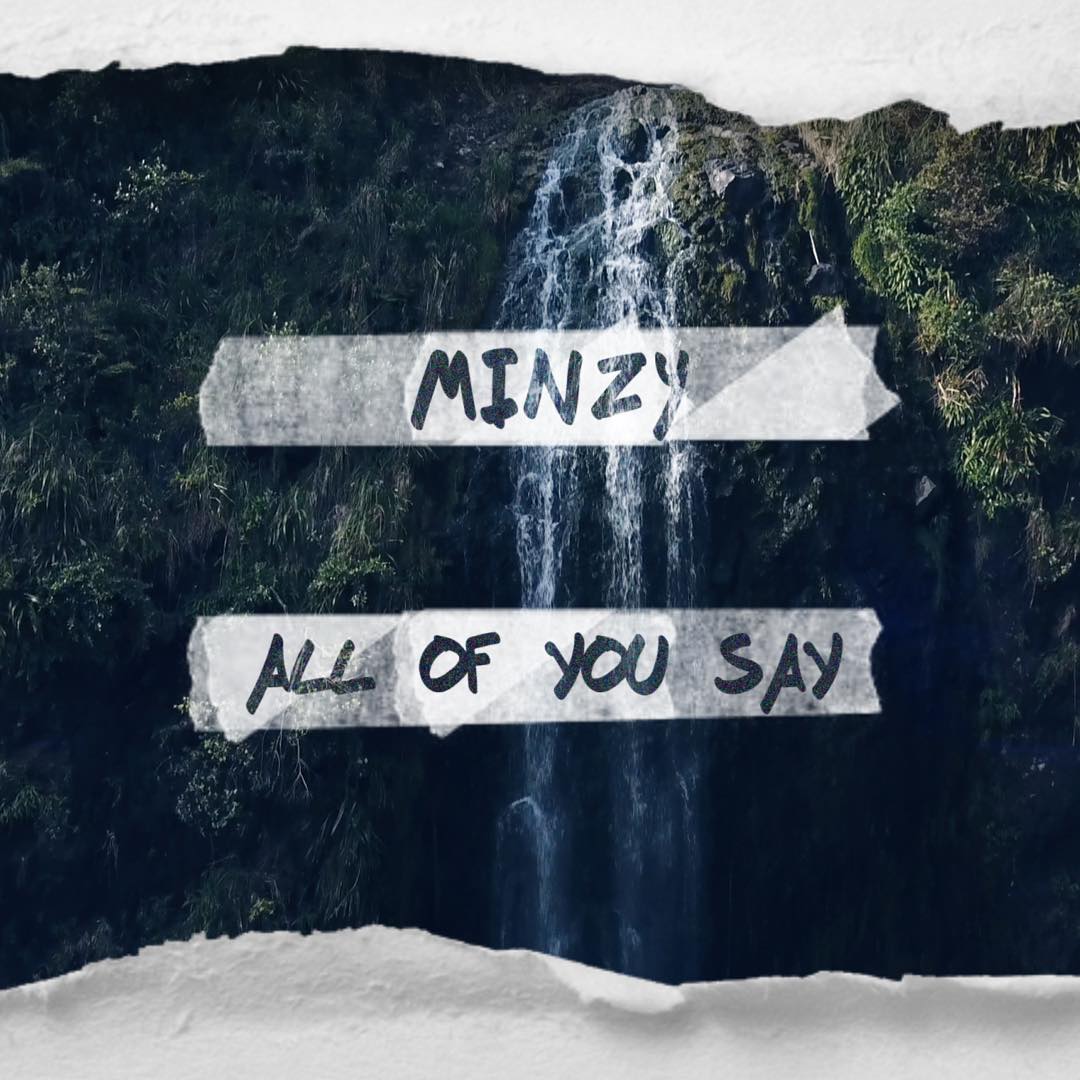